Progress and prevention: Treating domestic abuse at the source

Andrew was throwing things around the house whenever he got angry, and intimidating his wife – who was frightened that he would start hitting her. Concerned that his behavior was hurting his family, Andrew (not his real name) signed on for counselling services at the Calgary Women’s Emergency Shelter.

Gradually, during conversations with one of the agency’s counsellors, Andrew revealed that in the midst of his rage, he was making choices about what to throw. It eventually dawned on Andrew that he could also make the choice not to throw things at all – and change his behavior for the better.

This is the kind of life-changing story often heard at the Calgary Women’s Emergency Shelter, which serves about 14,000 people each year through innovative safety, healing and prevention programs focused on ending family violence and abuse in the lives of Calgarians.

In Calgary, as in other big cities across Canada, domestic violence is a societal concern. Each year, the Calgary Police Service receives more than 16,000 calls relating to domestic violence, with many other incidents simply going unreported. 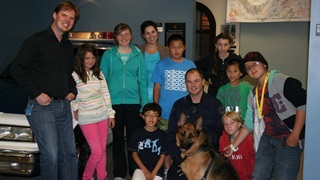 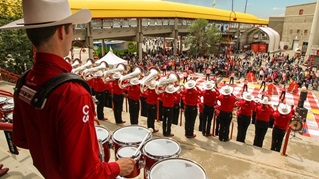 The Calgary Women’s Emergency Shelter is working hard to help put an end to family violence in numerous ways -- including its innovative and unique Men’s Counselling Service, a preventative program providing counselling to men who are concerned their anger and behavior are negatively impacting their family members.

“If we can treat abuse at the source, that’s the best solution of all,” says Gillian Weaver-Dunlop, director of client services at the agency.

Delivered free to clients, the Men’s Counselling Service offers a safe, respectful, non-judgmental environment where men can discuss their concerns with professional counsellors who specialize in abuse and anger management issues.

Hundreds of men have taken part in the counselling service since its launch in 1993, including 174 last year. While this only addresses a fraction of local domestic abuse cases, it’s helping to make a difference to individual lives.

The encouraging results have attracted the support of sponsors such as Enbridge. In 2011, Enbridge donated $300,000 to the organization, and last year we committed another $100,000 to support the agency’s invaluable Men’s Counselling Service.

“In a very real way, the agency helps to save people’s lives,” says Rob Carpenter, Enbridge’s vice president of corporate law and deputy general counsel, who has served on the organization’s board of directors since 2009, including the last three years as board president.

“There’s a need for a place where women and children who are experiencing abuse can go and find safe shelter and be able to rebuild their lives,” he adds. “There’s also a need to prevent family violence in the future. The Calgary Women’s Emergency Shelter serves these critical needs in different ways.”

Family violence, notes agency director of resource development and communications Ann O’Donnell, is a community issue. “Having a company like Enbridge come forward, and provide ongoing support, gives us great hope that we can continue to make a difference,” she says.