For kids without a warm winter coat, waiting at the bus stop, building a snowman or simply getting safely from one place to another can be very uncomfortable—or even downright dangerous.

Operation Warm, a North American charity, has provided new winter coats to more than two million children. Laura Wisneski, an account executive with Operation Warm, cites recent statistics that indicate one in five children in the United States and Canada lives in poverty—and notes there are simply too many kids unable to afford this basic necessity.

“That poverty figure represents about 17 million children in the United States,” says Wisneski. “On limited incomes, many parents are forced to make tough decisions between food, shelter and clothing for their families. More often than not, a proper winter coat doesn’t fit into the budget.”

Enbridge’s Emergency Responder Education Program (EREP), launched in 2013, offers free, unlimited online training to emergency responders near Enbridge’s pipelines and facilities. The program is part of our ongoing efforts to help first responders be better prepared in the unlikely event of a pipeline incident. 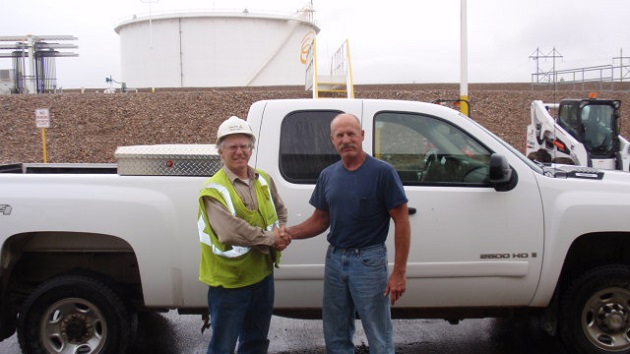 To encourage firefighters to participate in this potentially life-saving training, Enbridge offered a donation during September’s Emergency Preparedness Month to Operation Warm when responders from key fire departments and 9-1-1 dispatch centers completed the EREP training.

We’re currently looking at ways of continuing, and expanding, Enbridge’s support of this initiative in the future.

“Enbridge helped the Farmington Hills firefighters in Michigan reach their goal to provide more than 70 American-made coats to children living in need in Farmington Hills,” says Wisneski. “Community partnerships are at the foundation of our mission. Without the help of partners like Enbridge, we would not be able to carry out our mission.”

Wisneski says that partnering with firefighters—“local heroes with enormous hearts”—has helped Operation Warm in its fundraising efforts, because firefighters are committed to the cause and truly understand the challenges many families face.

“The participants leave our program better prepared to respond in the unlikely event of a pipeline emergency. During Emergency Preparedness Month, they also completed it knowing that they helped a child receive a warm winter coat,” says DeLeon.