A commitment to doing the right thing

At Enbridge, we not only deliver energy – we also deliver on our promises.

Today, Michigan Attorney General Bill Schuette and Michigan Department of Environmental Quality Director Dan Wyant announced that a settlement has been reached with Enbridge to finalize cleanup and restoration requirements associated with the Line 6B incident in Marshall, Mich., in July 2010.

“This is a huge win for Michigan's environment,” says Wyant in the release. “We are pleased to announce this settlement, because the key provisions are projects to improve and restore the river corridor. This settlement will mean improved water quality, improved fish and wildlife habitat, and an improved experience for river users in the years to come.”

Immediately after the Marshall incident, then-Enbridge CEO Pat Daniel told our neighbors in south-central Michigan: “We are going to do what it takes to make things right.” Today’s settlement underscores our commitment to doing the right thing. 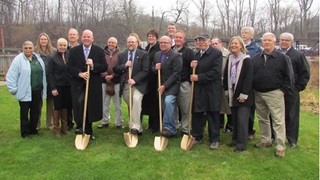 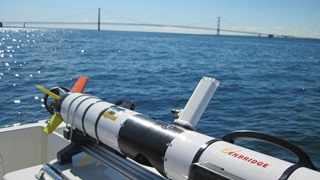 We made a promise to the people of Michigan to restore the area, including the Kalamazoo River and Talmadge Creek, as close as possible to its pre-existing condition, and work with those directly affected. Enbridge has been a good neighbor in Michigan for more than 60 years – and we continue taking steps to continue that legacy in the Great Lakes State.

To compensate the state of Michigan for losses associated with the Marshall incident, Enbridge has agreed, among other commitments, to:

While it’s not part of today’s settlement, we’ve also completed several projects over the past five years to enhance the public’s enjoyment of the Kalamazoo River region. They include:

Local resident Jesse Jacox tells the Detroit News: “I never in my life could have imagined the river looking like it does now. I could not imagine them cleaning up the mess the way they have, and addressing the issue the way they have.”

We made a promise. We accepted responsibility. We continue to honor our commitment.

We will not forget the Marshall incident. In fact, within Enbridge, we have memorialized it – to guide our decisions, and strengthen our resolve to make certain that such an event never happens again.