When Irene Mailloux of Wainwright, AB, unexpectedly suffered multiple seizures, her breathing was impaired and her organ systems threatened to shut down.

Emergency responders arrived at the scene, but were unable to insert the breathing tube needed to stabilize Mailloux before she could be airlifted to Edmonton hospital.

Thankfully, the GlideScope, a brand-new piece of equipment purchased by the Wainwright and District Community Health Foundation, saved the day—and Mailloux’s life.

The foundation recently used donations from this east-central Alberta community to buy the GlideScope, an instrument with a camera component that gives medical staff a clear view of a patient’s airway.

“I sure am indebted to that little instrument,” Mailloux later told an Alberta Health Services publication. “I don’t like to think what would’ve happened if it wasn’t there.”

Every year, the foundation meets with the Wainwright and District Health Centre and discusses the medical equipment that’s on the centre’s wish list, but not on its budget. Then, the foundation rallies the community’s support to buy the equipment. 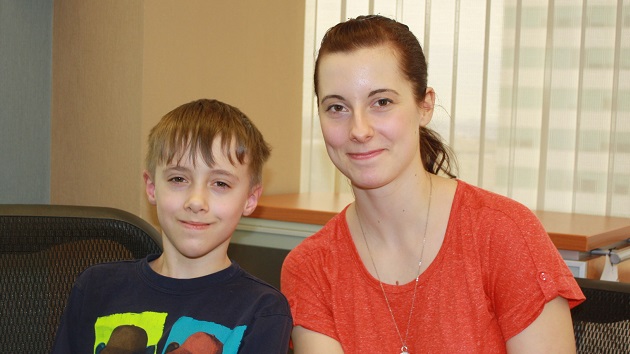 Over the years, the foundation has purchased 60 new electric beds, vital-signs machines, specialized equipment for tonsillectomies, ultrasound tubes, and a host of other equipment – with the annual Heart Strings and Roses Gala acting as its primary fundraising vehicle.

“The doctors and staff were really happy to have that equipment, and we’re proud to co-ordinate with them,” says Zajic. “There are some things that we know (the hospital) just can’t afford.”

The foundation doesn’t always reach its fundraising target – but it did in 2015, thanks to its corporate donors such as Enbridge, which contributed a $10,000 Safe Community grant to the campaign. Our Safe Community program awards grants to first-response emergency services including fire, ambulance, and police departments in rural communities along our rights-of-way.

For more than 65 years, Enbridge has been committed to enriching the lives of the communities near our pipelines and facilities. The proposed $7.5-billion Line 3 Replacement Program, the largest project in Enbridge history, will offer economic opportunity in communities like Wainwright as we undertake a full replacement of Line 3 from Hardisty, Alta., to Superior, Wis.

“The foundation’s life-changing work in the community . . . really pulls on my heartstrings,” she remarks, “and makes me proud to associate with such a selfless group of people.”