Palace Theatre is a community hub, with films, live productions and music concerts

After more than 60 years, the shows must go on.

And thanks to volunteer passion and dedication, they do.

The Palace Theatre in Daysland, Alta., is so much more than a venue for movies. It is, among other things, the headquarters of the Daysland and District Cultural Arts Society.

Visit in the morning, and you might find kids “popping” and “locking” at a hip-hop dance camp. Pop by in the afternoon, and there may be a showing of an internationally acclaimed documentary. And in the evening, a comedian or musician might take the stage. Many of the shows sell out, and the theatre is a happening place every month of the year.

“The health of small, rural communities like ours is about so much more than jobs,” says Eshpeter, who chairs the cultural arts society. “I really believe that our theatre has made a difference in the quality of life for people here. I believe it has made a difference in encouraging people to stay here, to retire here and to raise their families here.”

The Palace was built by a local family in 1952. It closed in 1996, but reopened three years later with Meryl Streep’s Music of the Heart – and since then, there’s been no looking back. The theatre has become a hub for films, live productions, and community presentations. 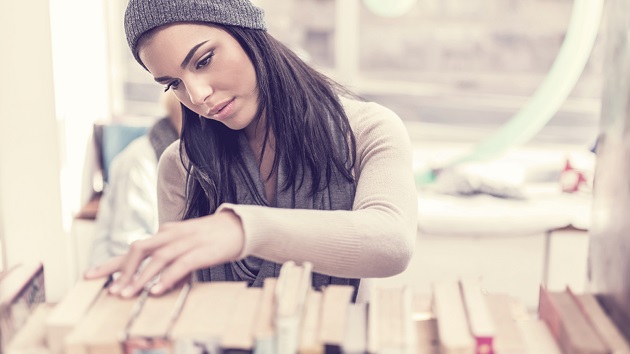 So when it was determined earlier this year that the theatre needed an upgrade, it didn’t take the cultural society and community leaders long to jump into action. With the chairs outdated, and flooring lifting over the cement, volunteers tore everything out this summer and began installing new seating and floor covering.

Enbridge is committed to enhancing the quality of life in communities, like Daysland, near our operations and projects – including the nearby Line 3 Replacement Program. The largest project in Enbridge history, the proposed L3R Program would replace existing pipe from Hardisty, Alta., to Superior, Wis.

We’ve committed $5,000 to the Palace Theatre’s upgrade, and we’ve also provided $4,500 for summer programming at the Daysland Public Library.

The community of Daysland has shown tremendous support for the Palace Theatre’s renovation project from the get-go, with sweat equity and financial contributions. In addition to movies and live concerts, camps take over the theatre for about six weeks in the summer – exploring acting, art, dance, singing, songwriting, and improvisation.

Enbridge is committed to making life better in the communities where we work, live, and play by supporting programs and services that educate, support, and inspire, says Enbridge public affairs advisor Lisa Seeley. In 2014, we’d previously supported Daysland with a $7,500 contribution to the Crocus Trail Walking Path and $2,000 for the Aging in Place Foundation.

“We are so proud to be able to help the town of Daysland in their quest to improve programming at their library, and enrich their community through offerings at the Palace Theatre,” says Seeley.