Just how dedicated are the members of the Mackinac Marine Rescue team?

Let’s put it this way—they probably spend more time with their boat than their spouses.

“Our wives have named the boat Jenny, saying that she’s our girlfriend, and they look forward to when we put Jenny away for the winter,” chuckles Sam Barnwell, Mackinac Marine Rescue’s officer in charge. “It’s a big time commitment. We usually train about three times a week, in addition to the calls we handle as well as our full-time jobs.”

Every year from about May to November—“soft-water season only,” jokes Barnwell—the nine-member Mackinac Marine Rescue team provides an invaluable service to the population of Michigan’s Straits of Mackinac, from its home base on Mackinac Island.

Since 2015, the team’s volunteers have patrolled the open waters of the Straits in their 31-foot SAFE Boat, working closely with the U.S. Coast Guard, local firefighters and regional law enforcement to provide: 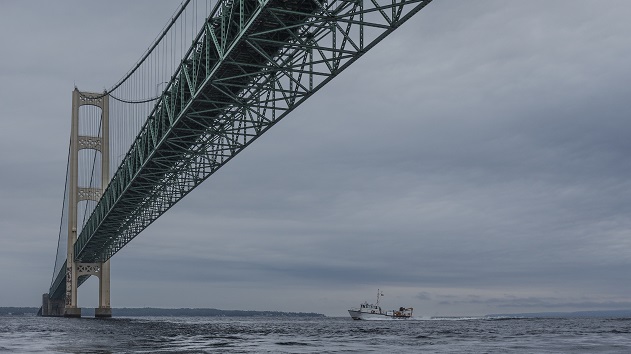 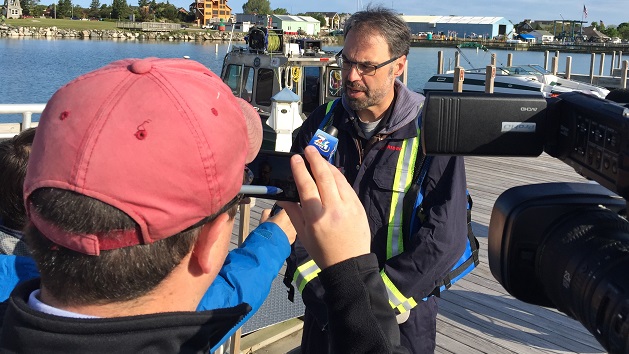 Equipped with radar, sonar, forward-looking infrared (FLIR) thermography, and the capacity to transmit live video to emergency response colleagues, the Mackinac Marine Rescue team performed 13 medical evacuations, five search-and-rescue cases, and one other assistance call in the summer of 2015—and is on track to have a busier summer season in 2016.

“We had a new U.S. Coast Guard recruit ask us recently: ‘How many of you guys were in the Coast Guard?’ We said, ‘Well, none of us.’ The Coast Guard is the undisputed expert in small-boat operations, and we’ve adopted a lot of their policies and procedures,” says Barnwell.

Safety is Enbridge’s highest priority, and we continuously invest time, resources and money in the safety of the communities near our pipelines and facilities. One example is our Safe Community program, which has invested about $8.5 million since 2002 on equipment, training and education for first response organizations near our operations.

Along with government agencies, we supported Mackinac Marine Rescue’s purchase of its rescue boat in 2014 through a Safe Community grant. And in recent weeks, we supported another purchase by the rescue team—a P25 dual-band radio that will bolster its communications capabilities with the U.S. Coast Guard and local rescue organizations.

“With Enbridge’s support, this dual-band radio will allow us to have everyone dialed in, and on the same page, as soon as we respond to an incident,” says Barnwell.

“The Enbridge grant is also paying for fuel money for training, which is invaluable—because it’s time on the water that allows us to operate safely, during complicated responses, in harsh conditions.”