Engineers speak: Line 5 as safe today as the day it began operation

By Trent Wetmore and Kurt Baraniecki

As engineering professionals, we’ve spent our careers supervising the safe operation, integrity, and reliability of pipelines.

We’re committed to maintaining Enbridge’s Line 5, including the portion that crosses the Straits of Mackinac, as one of the safest, most rigorously inspected pipelines in the country.

Enbridge’s inspection regimen includes 24/7 monitoring of the pipeline from our operations center and bi-weekly aerial surveillance. We also use advanced diagnostic tools that travel the length of the inside of the pipeline, providing us with high-resolution imagery and allowing us to track, monitor, and — as needed — repair small features.

On the outside of the pipeline, we use remotely operated vehicles with high-definition cameras and autonomous underwater vehicles equipped with sonar to look for abnormalities.

That’s why, when a regularly scheduled inspection using underwater vehicles recently found that four spans of the pipeline require additional anchor supports due to natural erosion of silt on the lakebed, we immediately notified State authorities and applied for permits to install new anchors.

Our easement agreement with Michigan requires that unsupported spans of the pipeline must not exceed 75 feet. The recent, regular inspection found four sections of pipeline where unsupported spans were slightly longer — the greatest being 78 feet. As a result, we’re taking immediate steps to correct that.

Once Enbridge receives the required permits, those four sections will be reinforced with new anchor supports, even though the safe operation and integrity of the pipeline has not been compromised.

The original engineering analysis for the pipeline crossing noted that an unsupported span of up to 140 feet is safe. That provides for a large safety margin, given the longest unsupported span identified in the 2016 inspection was 78 feet. 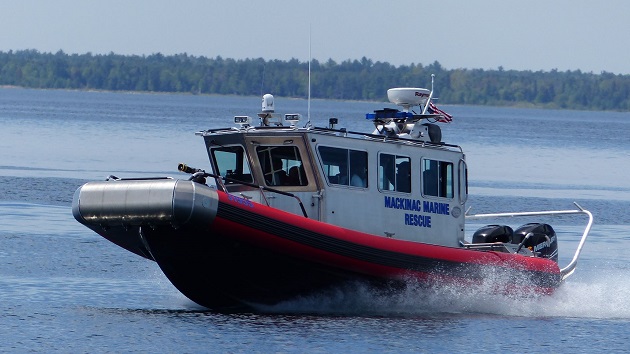 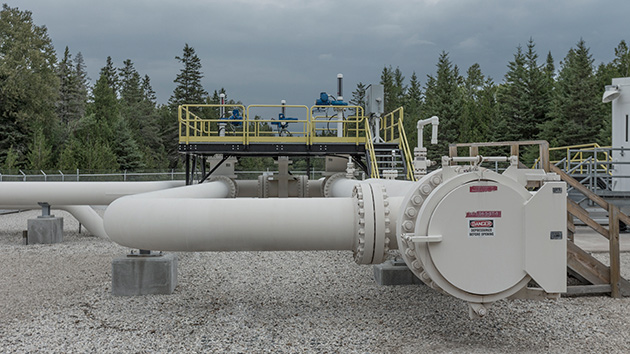 The Great Lakes are a dynamic environment, particularly where Lakes Michigan and Huron meet at the Straits of Mackinac, and currents move sediment in different ways. Our rigorous inspection program anticipates such natural erosion, identifies any areas along the pipeline that require attention, and then reinforces those sections.

In addition to the four sets of anchors we are installing to remediate the required spans, we have applied to install 18 additional anchors as a proactive measure. This proactive approach — going above and beyond what is legally required — is part of our ongoing commitment to protecting the beautiful waters of the Great Lakes and the Straits of Mackinac.

In 2014, we installed 40 new support anchors after a detailed inspection of the pipeline.

Prior to installing the new anchor supports, we’ll float a small barge in the Straits to act as a base for our divers. At each of the designated sections, divers will install steel screws on either side of the pipe, augered 10 feet down into the lakebed. A steel saddle will sit on those screws, holding and securing the pipe in place.

The new anchor supports will prevent vertical or lateral movement of the pipe and eliminate excessive vibration of the pipe due to water current flows. Importantly, the anchors will have minimal impact on the environment, because no digging or significant disturbance to the lakebed is involved.

Line 5 is as safe today as the day it was commissioned. Its walls are three times thicker than a typical pipeline and it benefits from an exceptional and incredibly durable enamel coating.

Line 5 is also an integral part of Michigan’s energy infrastructure. The pipeline is critical to powering homes, businesses, and vehicles while supplying 55 percent of the propane needed across the state.

The new support anchors we’ll be installing are part of a regular and robust maintenance and safety regimen that will allow Line 5 to continue performing safely and reliably far into the future.

This blog post originally appeared in the Detroit News on Sept. 15, 2016.