Responding quickly and effectively to a spill—in any season, under any condition

It’s purpose-built, it’s designed for extreme cold and ice, and it’s now part of Enbridge’s emergency response arsenal in the Straits of Mackinac.

Last week, crews from Enbridge and our network of oil spill response organizations (OSROs) were out on the water in Cheboygan, Michigan, for a two-day training session with a Lamor Arctic Skimmer—the most advanced cold-weather oil recovery system on the market.

While Enbridge focuses primarily on prevention methods to keep our pipeline network healthy—including 24/7 monitoring, regular inspections and maintenance, and remotely controlled isolation valves—we also invest heavily in the tools, technologies and systems that ensure a safe, quick and effective response in the event of a spill.

“Enbridge is now the only private company that owns, and has the ability to deploy, this type of equipment in North America,” says Stephen Lloyd, an emergency response manager with Enbridge. “It allows our emergency response personnel and our network of contractors to respond, in force, during any season—in any condition.”

Enbridge’s Line 5 Straits of Mackinac Crossing hasn’t experienced an incident in more than 60 years of operation. All evidence—including data from regular internal and external pipeline inspections, using high-tech tools, and underwater examinations—indicates that the Line 5 Straits Crossing is in excellent condition. 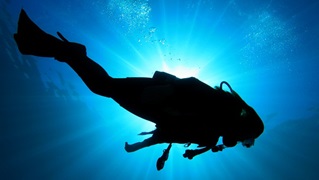 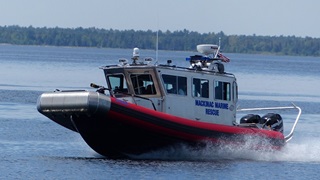 Still, as a precautionary measure, we announced in June 2016 that we were investing $7 million in additional emergency response equipment over the next two years, to be deployed along our Line 5 pipeline in Michigan, including the Straits of Mackinac.

The investment stemmed from an independent recommendation from a Minnesota-based consultant, Qualitech Environmental, that we’d asked to assess our emergency response capabilities in the Straits.

The Lamor Arctic Skimmer is one such piece of equipment. Last week’s training session—in the classroom, and out on the water—included emergency response crews from Enbridge, T&T Marine Salvage, Marine Pollution Control (MPC), and Durocher Marine, as well as staff from Lamor, an environmental solutions company.

“The hands-on training showed us how to operate this equipment in various weather conditions,” says Blake Olson, operations manager for Line 5 in northern Michigan and the Straits of Mackinac. “And because we work collaboratively with these oil spill response organizations, this investment will increase our collective efforts to protect the Straits.”

The Lamor Arctic Skimmer will be housed in Cheboygan, with a second identical unit positioned in Escanaba, on the Upper Peninsula. Both will be made available by Enbridge as needed throughout the region.

(TOP PHOTO: Crews from Enbridge and our network of oil spill response organizations (OSROs) train with a Lamor Arctic Skimmer in Cheboygan, Michigan, during a two-day session in early March.)