The key to this underwater inspection?

“You want to go low and slow,” says Chris Bauer of Ballard Marine Construction. “As close to the pipeline as possible, and as slow as possible, so you can get a very dense data set.”

Bauer and a crew of specialists from trusted Enbridge contractor Ballard Marine Construction, and members of Enbridge’s Pipeline Integrity team, were out on Michigan’s Straits of Mackinac on Thursday—conducting the latest in a series of regular inspections of our Line 5 Straits of Mackinac crossing using both an Autonomous Underwater Vehicle (AUV) and a Remote Operated Vehicle (ROV).

These inspections provide a thorough, detailed look at the exterior of the twin Line 5 pipes, which are anchored to the bottom of the Straits, and their immediate environment. Data collected by these remote-control vehicles—the ROV features a high-resolution camera, while the AUV uses sonar imaging—will be used as part of Enbridge’s robust Line 5 inspection and maintenance programs.

Enbridge is committed to keeping the Line 5 Straits of Mackinac crossing safe. AUV and ROV inspections are central to our strategy of harnessing, adapting and advancing commercially available technology in the interest of safety. 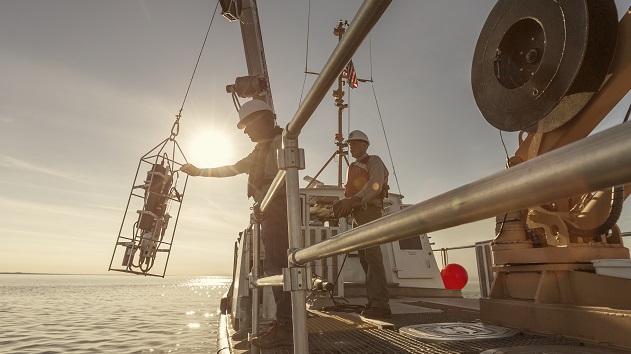 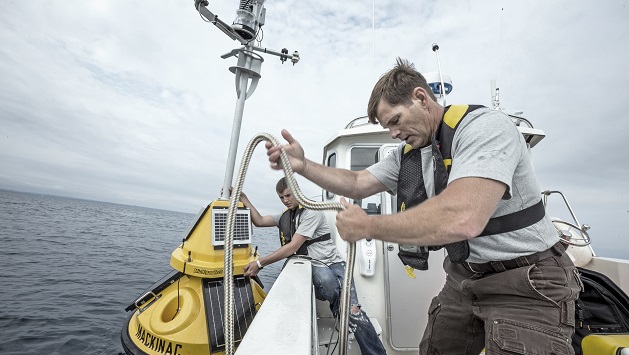 WATCH: Enbridge's Safety in the Straits video on Michigan's Line 5

“What we’re seeing on this line is that it really is as good as new,” Walter Kresic, Enbridge’s Vice President of Pipeline Integrity, told reporters. “It can go on operating indefinitely in this way, as long as we continue to apply the programs that we’re applying.”

A vital piece of Michigan energy infrastructure since 1953, Line 5 travels under the Straits of Mackinac in Michigan’s Upper Peninsula. Through extraordinary design and construction, and robust inspection, monitoring and maintenance programs, the 4.5-mile Line 5 Straits of Mackinac crossing remains in excellent condition, and has never experienced a leak in more than 60 years of operation.

The Line 5 Straits crossing is the most inspected segment of pipe in Enbridge’s cross-continent network, through activities such as:

“The lifespan of any engineering infrastructure is really indefinite, as long as it’s maintained in a way that keeps it at the level that we want it to be,” Mr. Kresic told reporters.

The U.S. Department of Transportation’s Pipeline and Hazardous Materials Safety Administration (PHMSA) recently conducted an independent review of Line 5 data. The report, currently available at the PHMSA website, found no features in the pipeline identified to be unsafe.

More information on Enbridge’s suite of protective measures at the Line 5 Straits of Mackinac crossing is available at the enbridge.com website.

(TOP PHOTO: Walter Kresic, Enbridge's Vice President of Pipeline Integrity, talks to reporters during AUV and ROV inspections on the Straits of Mackinac on Thursday, June 9, 2016.)