Fresh from hall's call, and ready to roll

Lori-Ann Muenzer owns Canada’s only Olympic gold medal in cycling, thanks to her relentlessness in the face of misfortune, injuries, and long odds. 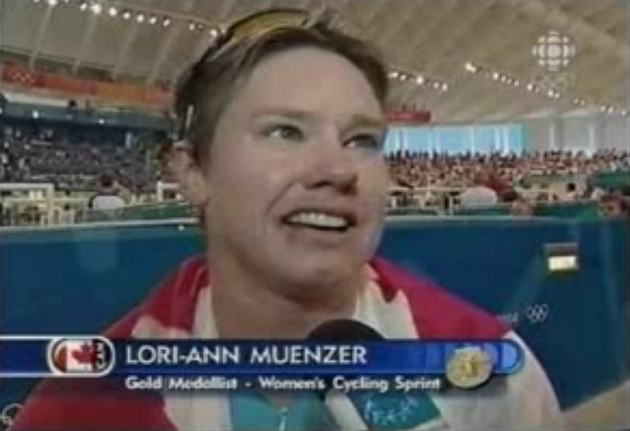 As for the Enbridge Ride to Conquer Cancer, Muenzer knows her teammates are also in it for the long haul.

Muenzer captured Olympic cycling gold in the women’s sprint event at the 2004 Summer Games in Athens, capping a tenacious 20-year career, and was inducted into Canada’s Sports Hall of Fame in late April.

The 2015 Enbridge Ride to Conquer Cancer season kicks off June 13 and 14 with the Ontario Ride, a 200-kilometre journey from Toronto to Niagara Falls. The largest cycling fundraiser in Canadian history, the ERTCC has raised more than $262 million for cancer research, treatment, and care since its 2008 inception.

And Muenzer will be saddling up for her fourth Enbridge Ride to Conquer Cancer event in early August, as the Alberta Ride moves its way through the foothills of the Rocky Mountains.

“When you’re on the starting line, with thousands of people together, it’s . . . amazing. Truly amazing. It just shows that when you set your mind to doing something, you really can make a difference,” says Muenzer, an Edmonton-based leadership development co-ordinator with Enbridge for the past three years. 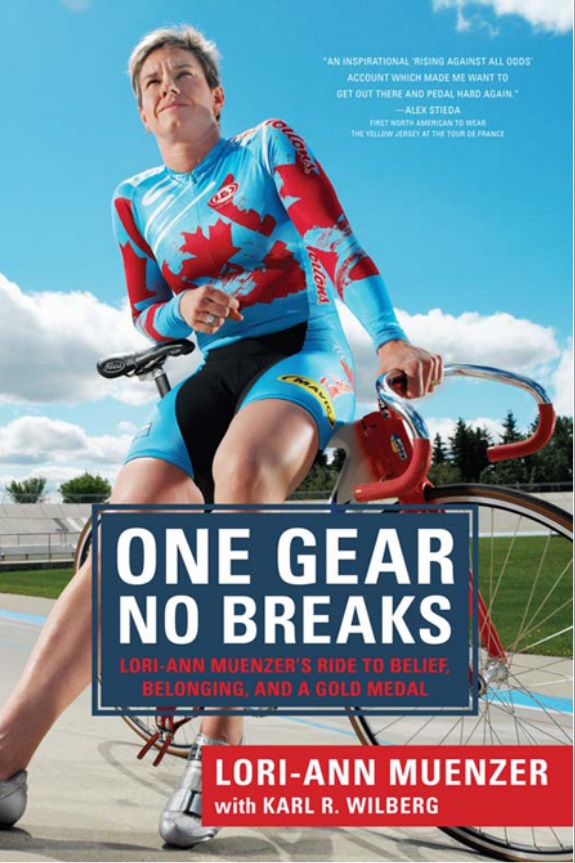 LORI-ANN'S STORY: Lori-Ann Muenzer's book about her competitive cycling career, One Gear, No Breaks, was published in 2006.

“When you see the bikes with the flags, signifying survivors or riders in treatment, it’s those people you want to ride with and encourage as they’re slogging up a hill,” she adds. “Sometimes, even a few words can make all the difference.”

During the 2014 Enbridge Ride to Conquer Cancer season, more than $42.3 million was raised as more than 10,550 cyclists conquered hundreds of kilometres of road, with the goal of eradicating cancer in our lifetime.

The 2015 Enbridge Ride to Conquer Cancer campaign includes the Ontario Ride in mid-June, the Quebec Ride from Repentigny to Saint-Augustin-de-Desmaures on July 11 and 12, and the Alberta Ride from Calgary to Okotoks and back on Aug. 8 and 9. The B.C. Ride will be held in the Lower Mainland on Aug. 29 and 30.

Muenzer’s spring workshops have become a highlight of Team Enbridge Edmonton’s annual preparations, and this year’s seminar in late May covered everything from safety to apparel to using the right seat for the right, ahem, derriere.

“We talk about setup, about the comfort factor, about rain gear and clipless pedals,” she says. “We do a lot of show-and-tell, and I share a lot of the tips and tricks I’ve learned over the years.”

Muenzer, who wrote the book One Gear, No Breaks and worked as a motivational speaker after ending her competitive cycling career, and calls her Canada’s Sports Hall of Fame induction “such a shock, such an honour . . . something I would have never expected in a million years,” says she’s found a “great connection” working at Enbridge.

“Enbridge’s core values are safety, integrity, and respect, those were qualities that were huge to me as a competitor,” she says. “I was never willing to win at all costs.”