A commitment to reclamation and the environment

When our representatives in Camrose County, Alta., began hearing questions about the reclamation work along our Edmonton to Hardisty Pipeline Project right-of-way, they saw a need to broaden discussions beyond landowners and county administrators, and to include elected officials.

“We attended a session of county council where we realized it would be very helpful to invite a number of council members into the field so they could better understand what we were doing,” explains Enbridge environmental coordinator Mitchell Henwood.

“It became clear that our landowners were pretty comfortable with their level of understanding about our construction and reclamation work. But understandably, some of the rural neighbors were less aware of our plans, our practices and the regulatory oversight involved.”

Enhanced discussions with the county began late last year, and those talks resulted in a field visit near the end of August attended by three councillors and Enbridge staff.

Councillor Greg Gillespie, one of the field visit participants, says the tour was “immensely helpful.” 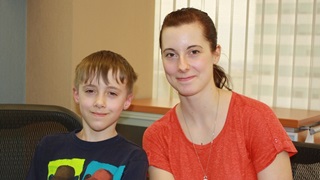 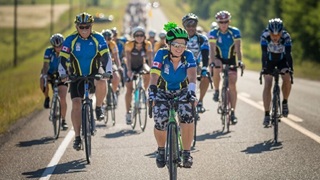 ALSO SEE: Volunteers, pedal pushers propel The Ride to $31.7 million in fundraising in 2015

“I really didn’t understand the construction and reclamation process before, and now I feel that I really do,” says Gillespie, who also chairs the agricultural services board for Camrose County.

“We councillors regularly get questions and comments from constituents. So not only was I able to pass along the comments that I’d received, but it was also a chance for me to educate myself on the process,” he adds. “I think I can answer most questions pretty well now. So that was a real benefit of the tour.”

Gillespie and his colleagues, Councillor Doug Lyseng and agricultural fieldman Mark Millang, learned about biosecurity, weed management, and our detailed reclamation plan approved by the National Energy Board.

According to Gillespie, the rules around removing and replacing soils were an eye-opener. “When it comes time to put the soil back in place after construction, the company doesn’t just push it back – they replace it in stages, so that the reclaimed area matches the pre-construction area,” he notes.

In an agricultural region like Camrose County, weed management is a key issue. Councillors learned about pre- and post-construction weed surveys, as well as cleaning stations, where heavy machinery is carefully cleaned with high-pressure air and water in order to prevent the spread of invasive weeds and crop disease. Gillespie liked what he saw.

“I had a chance to talk to one of the equipment operators waiting to go through a Level-4 cleaning station, and I can tell you I learned a lot. The whole visit was well worth my time.”