It’s a blast from the past, in the form of a sonic boom.

Allora & Calzadilla: Echo to Artifact, an exhibition presented by Enbridge through Aug. 28, includes dinosaur bones, the oldest musical instrument ever discovered, and a chunk of the Earth’s crust that’s estimated to be four billion years old.

Allora & Calzadilla: Echo to Artifact is based partially on a research trip that the two Puerto Rico-based artists made to Alberta and B.C. in 2014, visiting the Burgess Shale fossil site and the Royal Tyrrell Museum of Palaeontology—and reverberates with life and aural animation.

“They knew that Western Canada had all of these incredible geological resources, and they were very interested in making prehistory resonate today,” says Catherine Crowston, executive director and chief curator at the Edmonton-based AGA.

Allora & Calzadilla: Echo to Artifact includes a sculptural installation, a live vocal performance, a trio of films exploring the musical resonance of historical artifacts, and a video installation. “Part of the exhibition deals with early humanity,” notes Crowston, “and explores how we, as humans living in the 21st century, can link back to those ancestors from long ago—through voice, our need to communicate and socialize, and our creation of art and music.” 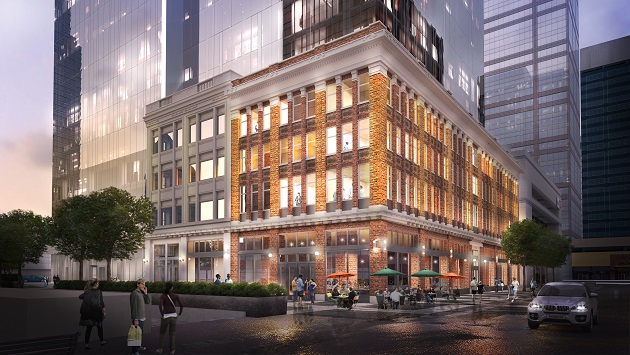 Enbridge exists to fuel quality of life, and we’re committed to enriching lives in the communities near our projects and operations through cultural experiences. Since 2010, Enbridge has been a presenting sponsor for more than a dozen AGA exhibits—including Allora & Calzadilla: Echo to Artifact and The Edge: The Abstract and the Avant Garde in Canada, scheduled to open in early October.

“We’re proud to partner with the Art Gallery of Alberta, because we recognize the importance of art in forming—and informing—the community and building culture,” says Leon Zupan, Enbridge’s Edmonton-based chief operating officer and a member of the AGA’s board of directors.

“We know the AGA is the torch-bearer for outstanding, challenging and thought-provoking exhibitions of modern and contemporary Canadian art,” he adds. “Through our partnership with the AGA, we hope to play a role in the preservation and promotion of Canadian art, and help sustain Canadian heritage and identity.”

Crowston worked with Allora and Calzadilla—a married couple whose collaboration dates back to 1995—for two years on this current exhibition, and says Echo to Artifact is the product of two distinctive artistic approaches.

“The artists are systematic, almost scientific, in their research. But there is also a sense of poetry in the work,” she says. “Between the intellectual rigor and the poetry, the two work really well together.”