Bucks for buffers along the Red Lake River watershed

More than 100 years ago, an intricate network of drainage systems was carved into the landscape of northwestern Minnesota—infrastructure designed with foresight to boost the agricultural industry in a state known as the Land of 10,000 Lakes.

Today, water from three watersheds near the town of St. Hilaire drains into the legal ditch system and flows into the Red Lake River.

But water quality monitoring by the Pennington Soil and Water Conservation District (SWCD) has found that areas of the Red Lake River carry too much suspended sediment. It’s a serious problem that undermines water quality, and ultimately means costly procedures to remove that excess sediment.

“The Red Lake River is especially turbid immediately downstream of where these three ditch systems enter the river,” says Bryan Malone, district manager of the conservation district. “We’re seeing a trend where the spray boom (from agricultural lands) extends out into the slope of the ditches, killing the vegetation of the ditch bank.”

The disappearance of vegetation on the slopes means greater potential for erosion—and for sediment to enter the ditch system.

“The sediment has to be removed from the water. Otherwise, drainage and water quality are affected and the crops are at risk of flood damage,” notes Malone.

Grade stabilization can be achieved by creating a buffer, a solution that will be enforced state-wide for select ditch systems by Nov. 1, 2018. 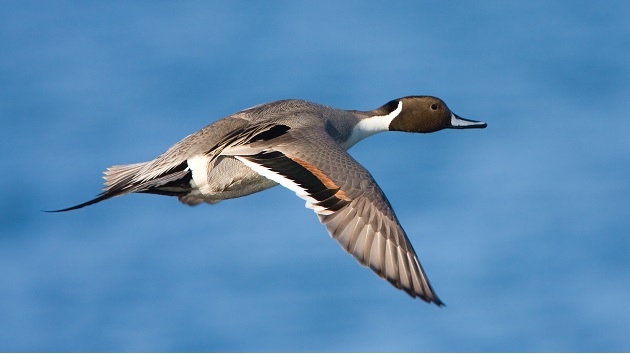 ALSO SEE: Getting ducks in a row: Restoring critical habitat for waterfowl in North Dakota 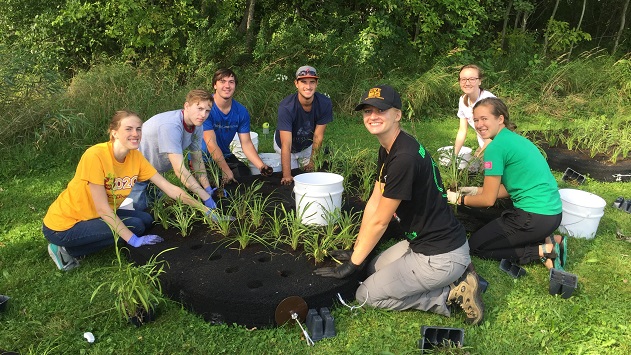 The buffers must be a minimum 16.5 feet wide to a maximum of 120 feet, and will feature grass vegetation. Federal and state incentive programs offer compensation to landowners who are required to install the buffers.

On top of these measures, the Pennington SWCD has identified other at-risk areas in the region that are contributing sediment to the river—but won’t be required by law to create a buffer.

With help from a $60,000 donation through Enbridge’s Ecofootprint Grant Program, Malone and his team will be able to offer compensation to about 80 additional landowners.

“Our project is targeting waterways that are not required by the state law to have a buffer—but, according to our hydrologic models, carry a fairly large flow and potential for erosive characteristics,” explains Malone.

Early this year, the SWCD will contact landowners in areas they’ve identified as high-risk. Landowners who sign up will receive compensation of $150 per acre ($75 an acre for those landowners who receive equal compensation through government programs) and a conservation plan for their land.

“The conservation district is removing a financial barrier and making it easier for landowners to apply conservation practices on their land,” says Cindy Finch, Enbridge’s Duluth-based community investment advisor. “Landowners who volunteer for the program will be contributing directly to improved water quality of the Red Lake River.”

The buffer project will run concurrently with another Enbridge-funded project managed by the Pennington SWCD. Further upstream, where the Thief River forks into the Red Lake River, the SWCD is conducting a stormwater assessment to evaluate water quality conditions around the city of Thief River Falls and prioritize projects to improve it.

“The difference between the two projects is that the stormwater assessment is a model predicting problems . . . and the (buffer) project is putting conservation practices on the ground,” says Malone.

Both projects aim to reduce sediment and protect water quality—in a state rightfully celebrated for its waterways.