One of every three bites of food.

In a nutshell—not to mention countless varieties of fruits, vegetables, grains and oils—that’s how important pollinators are to our lives.

This nearly invisible ecosystem is made up of bees, bats, birds, butterflies, beetles and other small mammals, and it’s increasingly in jeopardy, according to evidence from around the world.

Because of disease, parasites, chemical misuse, invasive species and loss of habitat, the U.S. has lost more than 50 percent of its managed honeybee colonies in the past decade, while regional bat populations have been decimated in recent years. 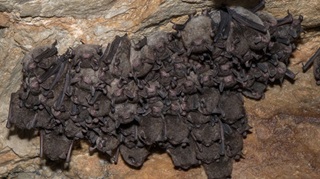 Wednesday’s National Pollinator Week event is one in a series of improvements that NEXUS is sponsoring at Rolling Hills County Park—to restore a vibrant native ecosystem, to attract outdoor enthusiasts.

NEXUS Gas Transmission, a joint venture between DT Midstream and Spectra Energy Partners, an Enbridge company, is a proposed 255-mile natural gas pipeline, running from eastern Ohio to southeastern Michigan, that would support the growing demand for clean-burning natural gas.

The construction phase would support 6,800 jobs, more than $650 million in wages, and $830 million in total economic activity, while NEXUS’ first five years of operation would generate $10 million in tax revenue for local school districts in Michigan.

What can you do to invite pollinators to your neighborhood? Start with a pollinator-friendly habitat, using native species, in your garden, farm, school or park.

Wednesday’s event and others like it, says WHC president Margaret O’Gorman, “will empower children to become conservation stewards and take further action—to help support not only pollinators, but to protect and preserve all aspects of the environment.”